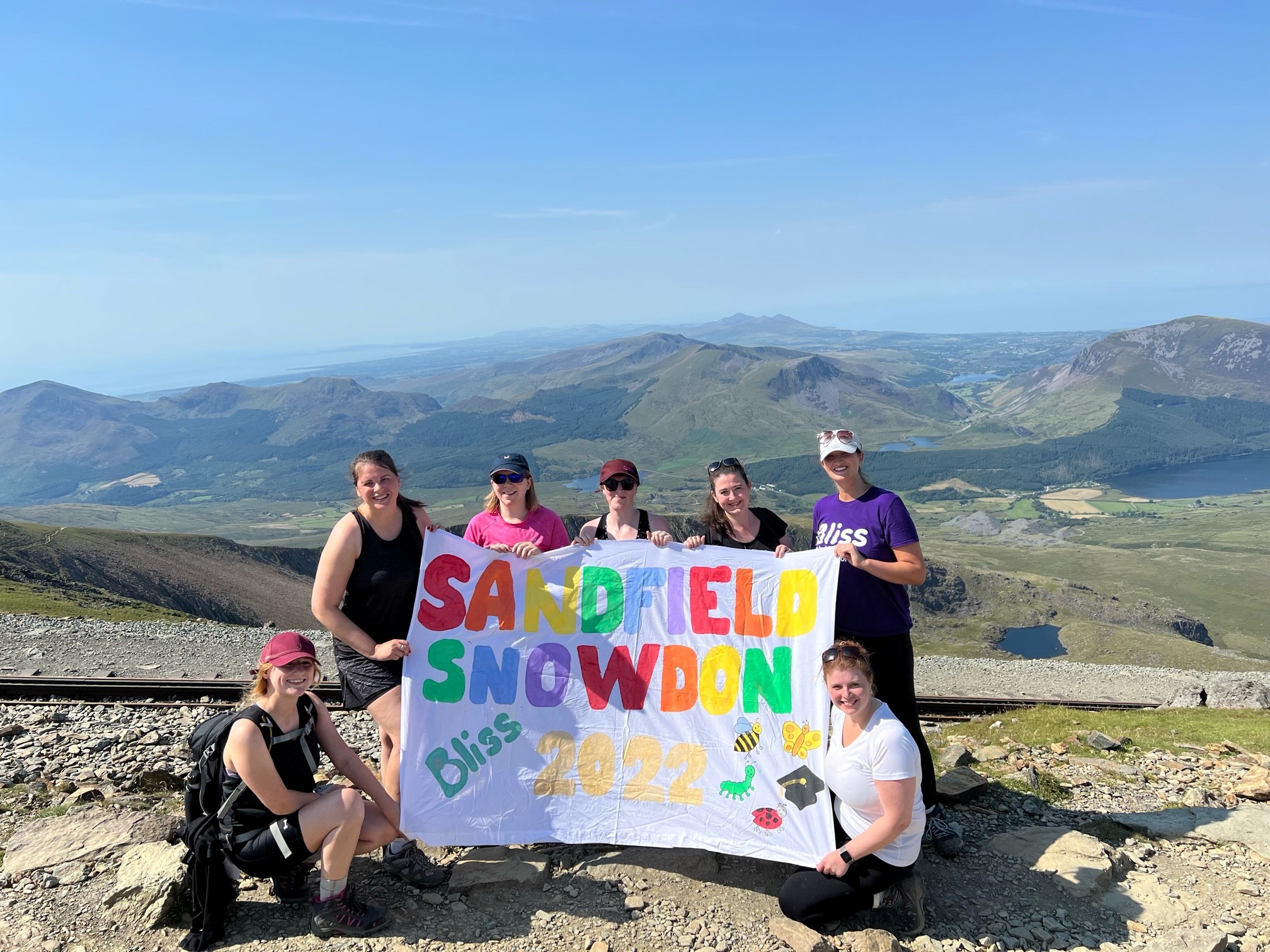 A team of devoted colleagues from Sandfield Day Nursery in Headington have completed a climb up Mount Snowdon, the highest mountain in Wales, all to raise funds for charity ‘Bliss’.

Facing blistering temperatures of 30 degrees, Niamh McLaughlin, Leeann Harris, Iona White, April Spencer, Katherine Charlett-Smith, Gemma Hoare and Jayde Murray from the Ofsted-rated ‘Outstanding’ Day Nursery on Sandfield Road were delighted to finish the climb in a time of 4 hours and 32 minutes, raising a grand total of £1594, with donations still incoming from generous supporters which will now help babies born premature or sick.

The climb up Snowdon, which sits at 1,085 metres above sea level, is the latest in a series of fundraising initiatives for the Sandfield team, who have also recently held a charity auction, Platinum Jubilee Tea Party and Raffle, bake sales, and more for the cause.

“It’s fair to say we underestimated the climb. I think within the first five minutes we couldn’t stop laughing, asking ourselves what we had signed up to, but we continued onwards. We cried, we laughed a lot and there were many points where we felt like we couldn’t go on anymore, but we supported each other, and all seven members of the team made it to the top together. It was such a rewarding feeling and sense of relief, I am super proud of them all – what an amazing bunch of ladies to do it with.”