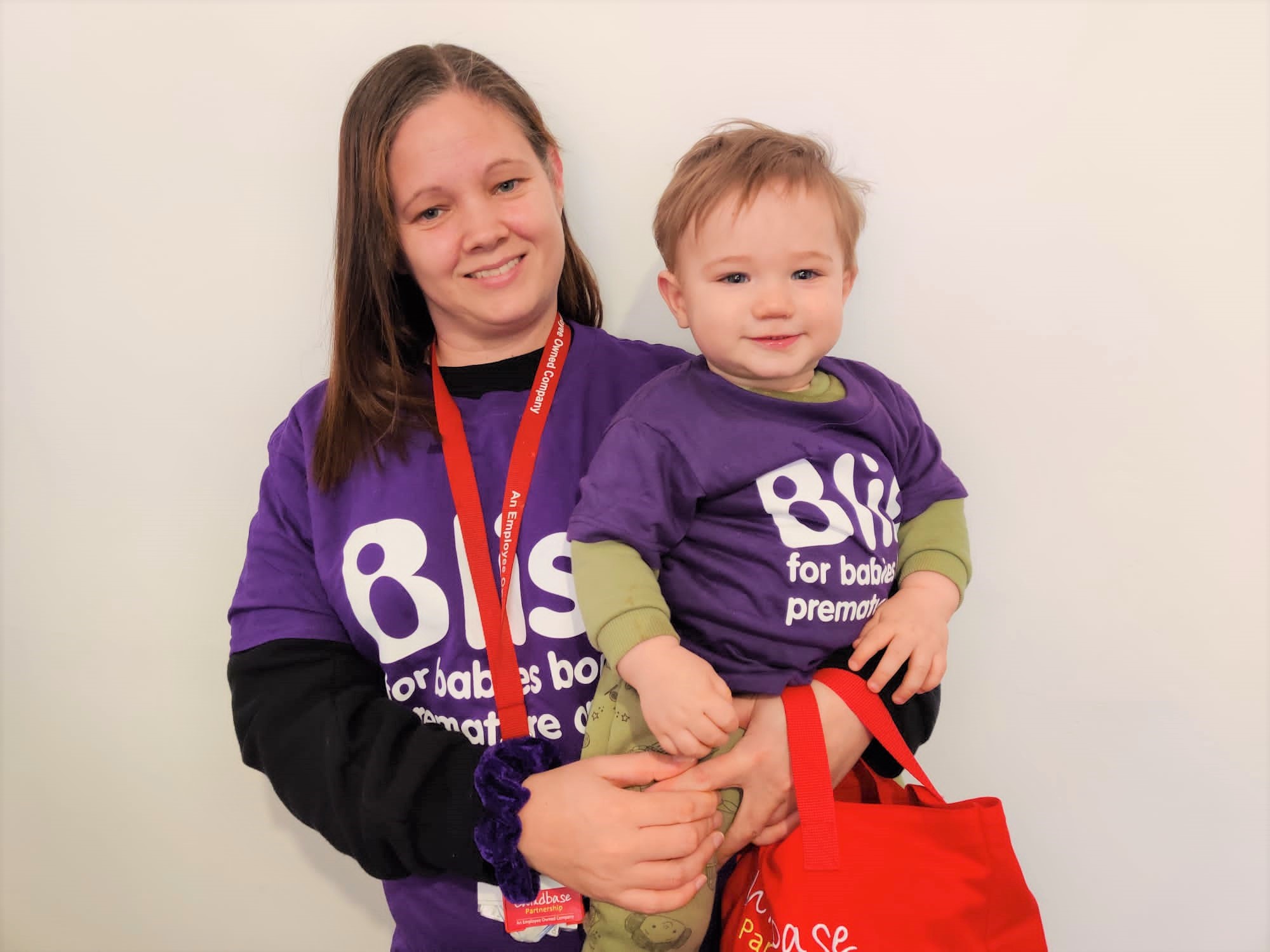 Families from Nature Trails Day Nursery in Cawston have been showing their support for the 90,000 babies cared for in UK neonatal units each year with a special awareness day.

Having adopted ‘Bliss’ the charity for babies born premature or sick for a 12-month fundraising drive at the start of the year, colleagues from the award-winning setting on Coventry Road were delighted to hold a purple dress up day to support the cause, complete with themed activities for the children including purple sensory play and playdough making.

As a result of their fundraising efforts throughout the year, which have included colleagues spending a night ‘sleeping rough’ under the stars, taking part in the Royal Parks Half Marathon, family fun days and more, the nursery have helped contribute to the £120,000 raised so far by Childbase Partnership settings, with a month of fundraising yet to go.

Bliss is close to the hearts of many families at Nature Trails, including that of Nursery Practitioner, Hannah Richardson and her partner, Nursery Caretaker, Connor Taggart, who proudly wore their purple Bliss t-shirts, having been supported by the charity after their son Lucas was born at just 32 weeks. He is now thriving in the setting’s Caterpillar Room.

Nature Trails parent, Hannah Copeland, had also never heard of Bliss before the birth of her son Jacob, but the charity became instrumental in the family’s journey after he was born at just 25 weeks, weighing only 885g.

“Before you experience NICU as a parent or carer it’s a completely unknown world, and you face it at the most overwhelming, emotional and stressful time of your life, hope and terror are mingled together. Having Bliss there to help prepare and explain was so helpful and made a huge difference to our understanding and experience.”

Whilst in hospital, Bliss was the family’s go-to trusted resource for information on conditions, treatment options and machinery, as well as being the steering group that supported family-centred care within the NICU, campaigning for tiny clothes to fit premature babies and funding research to reduce their pain as they are unable to demonstrate or communicate this.

“Jacob is doing really well now, he has the most incredible imagination; constantly telling stories, making up songs and re-enacting his favourite books, he loves the outdoors and generally can be found with a stick in his hand. Back inside he loves helping in the kitchen and is a keen baker. He has been going to Nature Trails Day Nursery since he was 12 months, actual 9 months corrected, their care and support has been amazing”, she added.

“World Prematurity Day provides an excellent opportunity to raise awareness of premature birth and the sometimes devastating impact it can have on families. We are so proud of our incredible nursery colleagues who work tirelessly to plan and execute these fundraising initiatives, as well as our wonderfully generous nursery families who are unfailing with their support for this amazing charity. We are hugely proud to be supporting Bliss this year, and these donations will ensure more families get the care and compassion they deserve.”