There was excitement all round at Greengables Day Nursery in Owlsmoor as children received a card from the Queen, having written to her ahead of the Platinum Jubilee.

After sending their drawings and well wishes in a letter to congratulate Her Majesty on her 70-year reign, pre-schoolers from the award-winning setting on Yeovil Road were delighted to open the important mail, postmarked Buckingham Palace and containing a picture of the Queen, along with a message of gratitude to commemorate the occasion.

Inside the card, the message from the Queen read;

“I send you my grateful thanks for your kind message on the occasion of the Seventieth Anniversary of my Accession to the Throne.”

The exciting postal delivery follows a series of celebrations which took place at Greengables in June, including a ‘Very Royal Tea Party’ with children and their families in the garden outside, as well as crown making, bunting decorating and other themed activities.

“The children were absolutely thrilled to receive such a special card and have their creative efforts recognised. The Platinum Jubilee was a once in a lifetime event and presented a brilliant opportunity to extend our knowledge of British history. Our pre-schoolers had a fantastic time and this has been such a memorable way to round off the experience.” 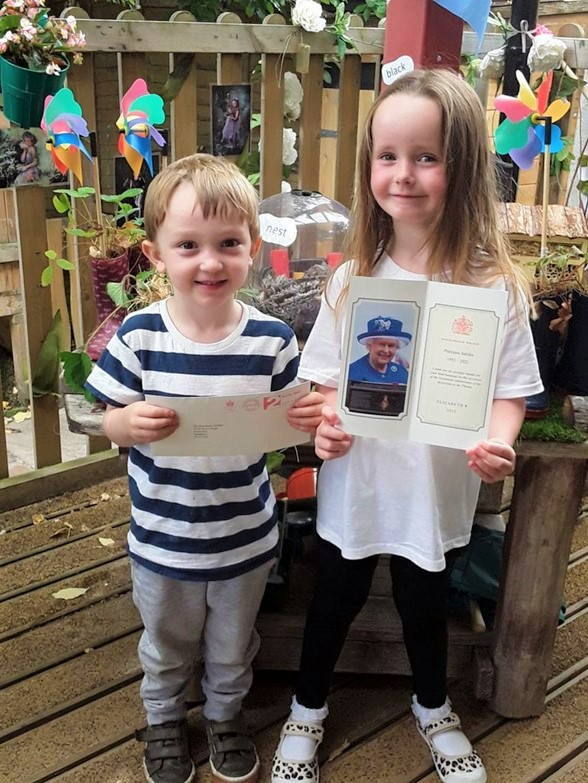