There were exciting learning opportunities at every turn for children at Maples Day Nursery in Winchester as they took part in an experiment to grow their own runner beans.

At the Ofsted-rated ‘Outstanding’ Day Nursery on Hatherley Road, pre-schoolers started by making predictions on which growing conditions would best suit the vegetables, before putting their theories to the test using both a dark cupboard and a bright windowsill.

After tracking the progress of their crops, the group observed that the runner beans which were exposed to direct sunlight grew bigger than the ones in the dark over the same time period, before using their scientific knowledge to discuss why this was the outcome.

The children then helped to re-pot the runner beans in the garden, where they will be tended to, before eventually being picked and used in meals by talented Nursery Chefs.

“The children loved this experiment and were delighted to see the results; science is brilliant for helping to develop life skills such as problem solving and forming opinions based on observations. There is always something rewarding about using our produce in meals too.”

It is for such activities that Maples have earnt a prestigious ‘Green Flag’ award, the highest accolade in the internationally-recognised Eco-Schools programme, which is awarded for exceptional environmental awareness and conservation practices. 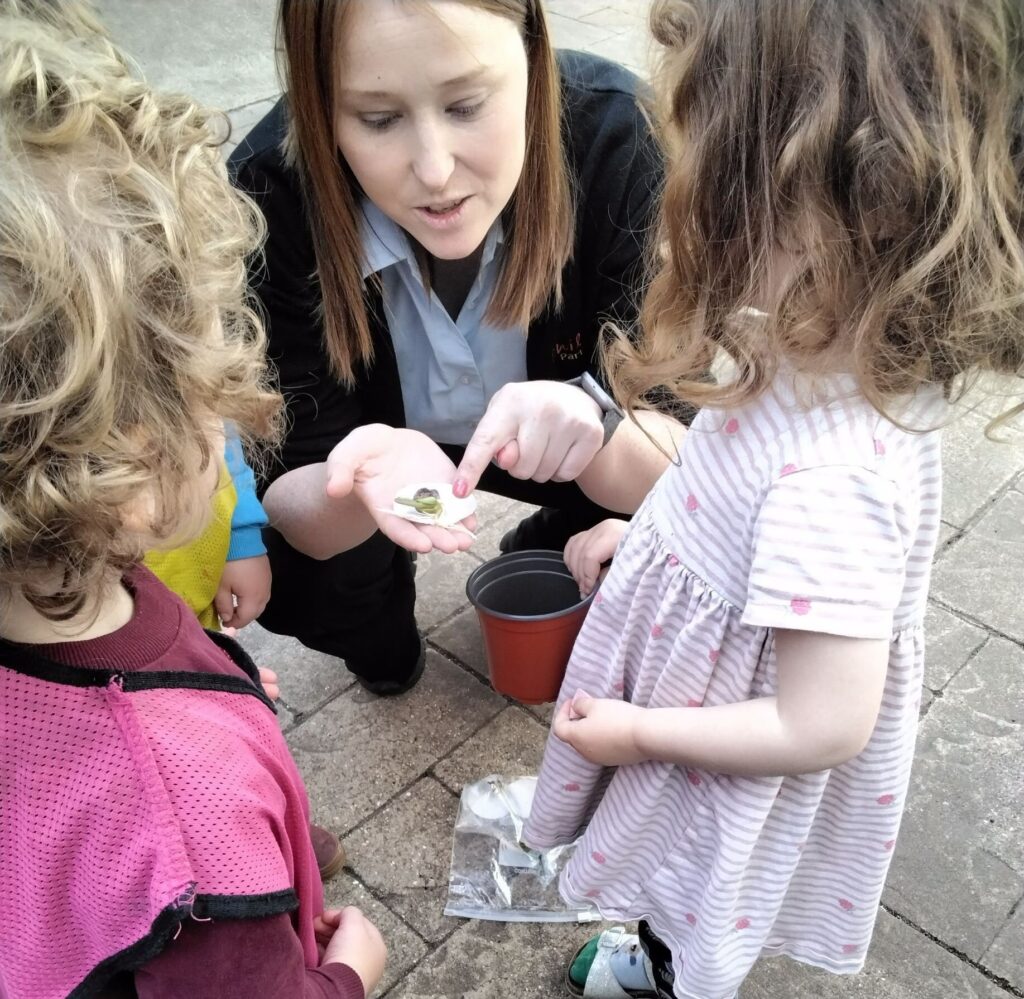