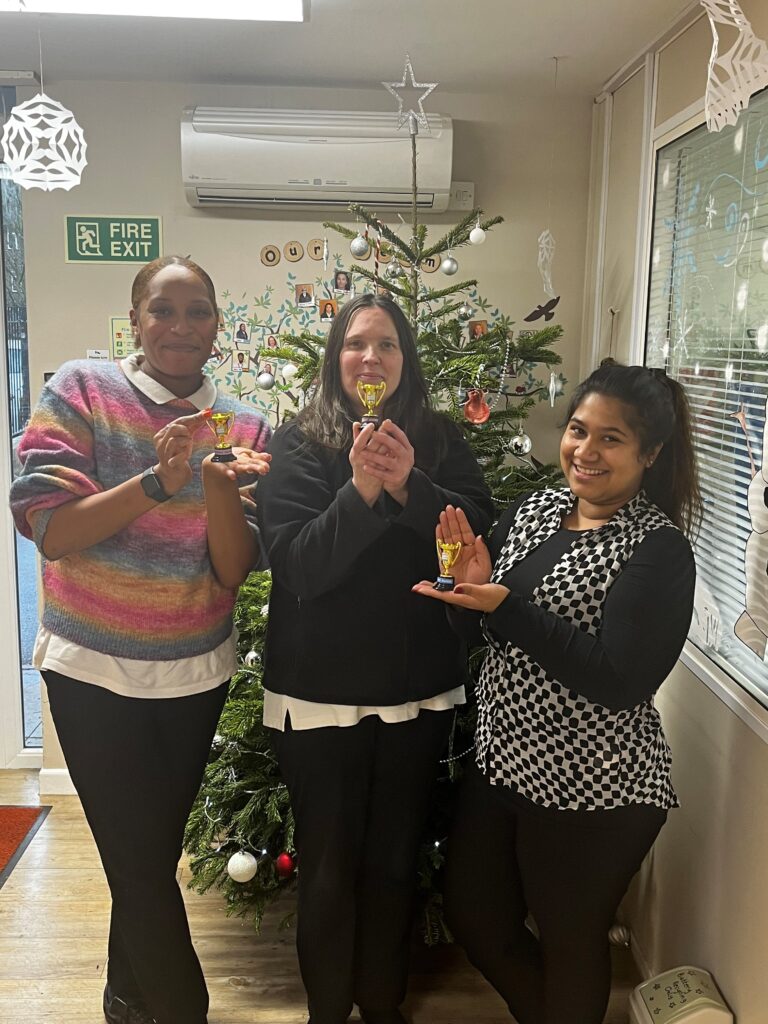 As another year came to a close at Devonshire Day Nursery in Chiswick, the devoted staff team were delighted to be celebrated during a special ‘end of year’ awards ceremony.

At the Ofsted-rated ‘Outstanding’ Day Nursery on Bennett Street, colleagues were able to vote for each other in categories including ‘Best Newcomer’, ‘Best Artist’ and ‘Best Dancer’, before being shortlisted for the individual prizes and receiving trophies in front of teams.

“We love having events at Devonshire to bring the team together, boosting morale and camaraderie. It is so important to us to help the team support one another and make them feel valued at work whilst having some fun. The room was filled with laughter, some of our staff had never received a trophy before so were thrilled to win.”

The awards rounded up a year of wellbeing initiatives for Devonshire colleagues, including a ‘Wonderland’ themed festival and awards for all Childbase Partnership employees in May with entertainment provided by Basement Jaxx, Scouting for Girls, Tinchy Stryder and Fatman Scoop, as well as a tax-free bonus of up to £3,000 and pay rise in December.